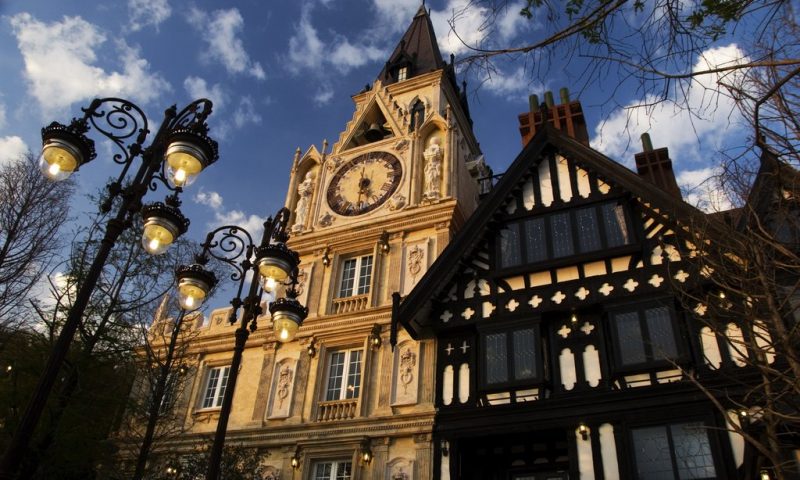 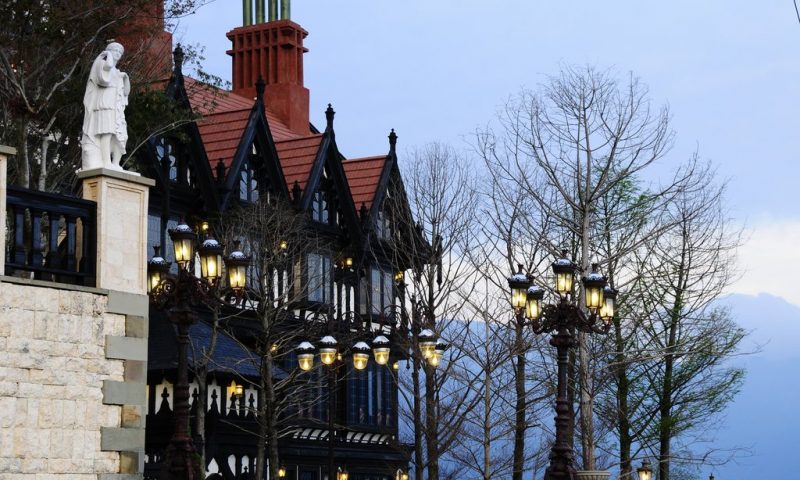 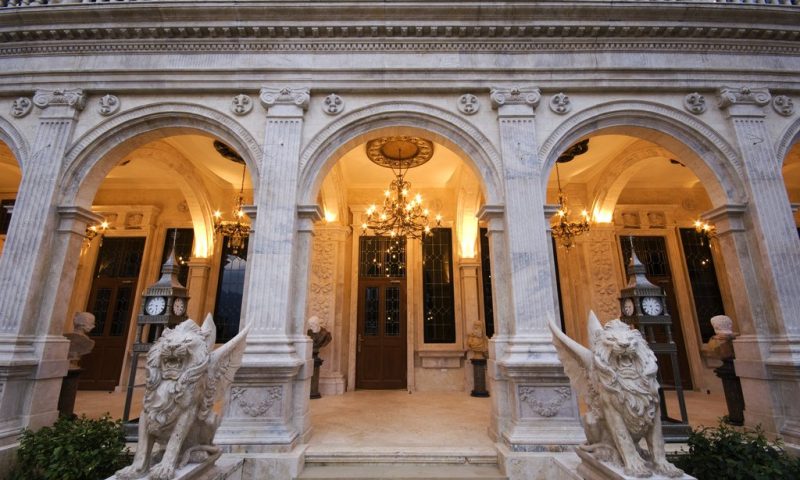 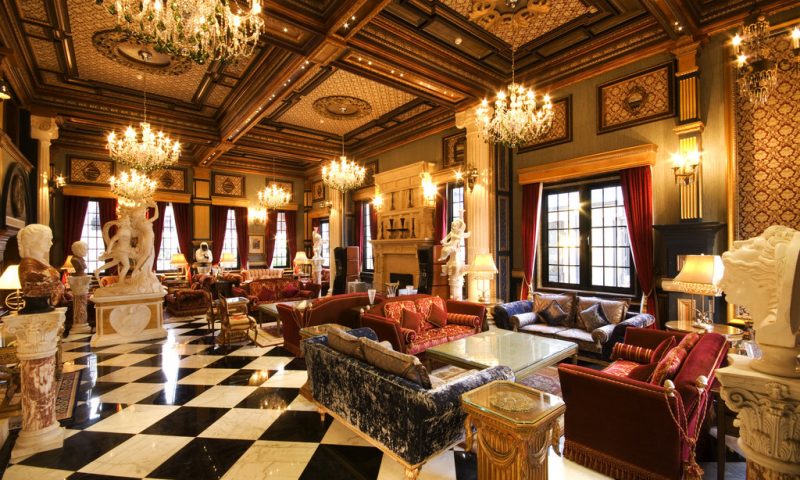 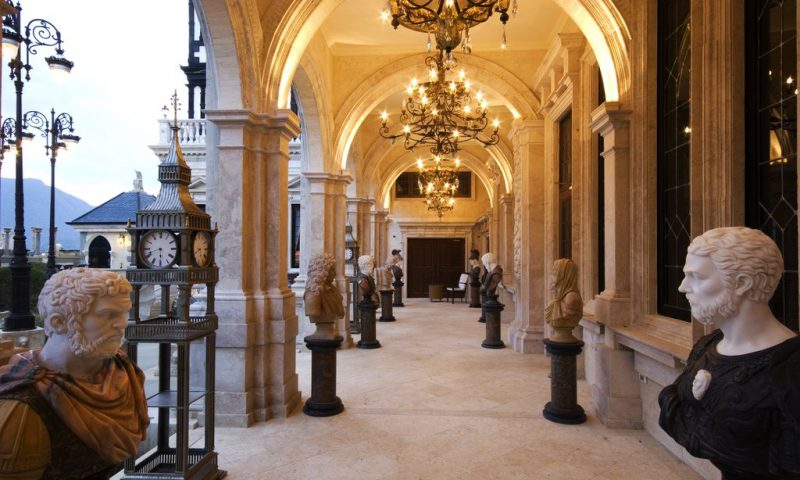 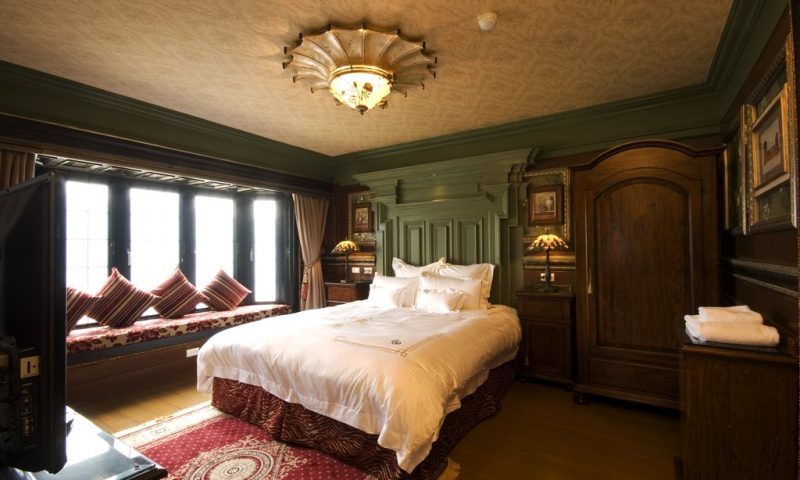 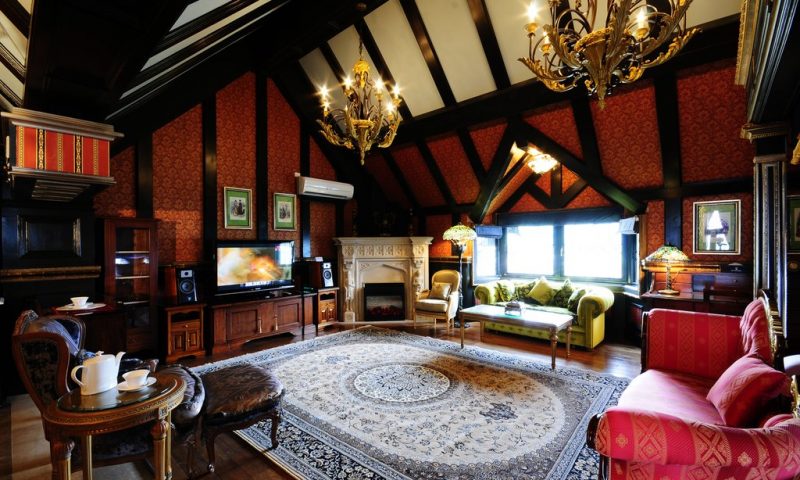 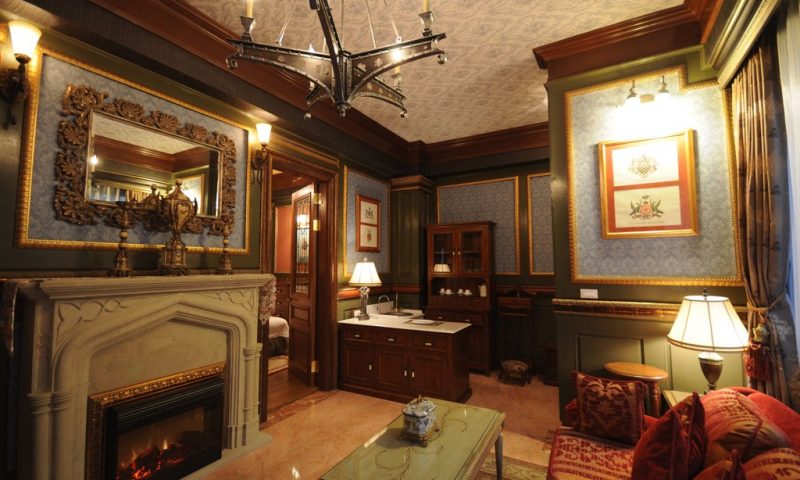 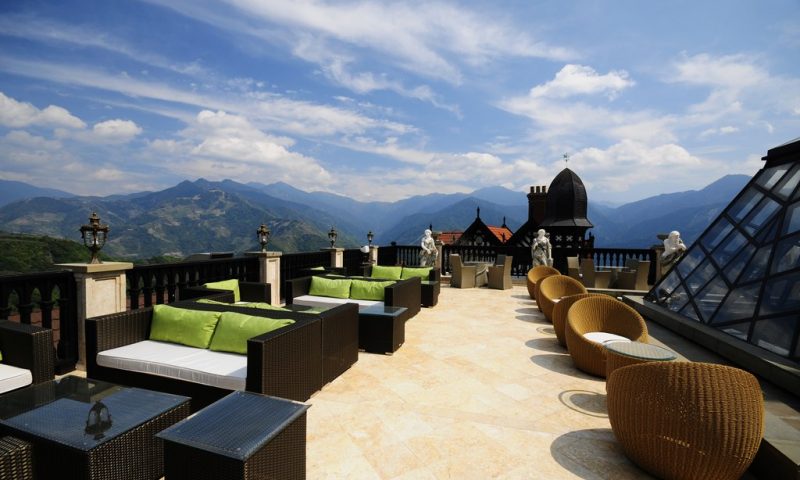 It is difficult to compete with The Old England Manor of its classical glamour amount B&B in Taiwan. It is a legend and a new landmark of Cingjing which obtains the elegance of a century-old hotel in Europe. Mr.Lo, the founder insisted nine year to realize his dream, he is like Don Quixote to chase a dream only exists in European Hotel around centuried history.

It is hard to call that The Old England Manor simply a B&B, and nobody would not agree with its exterior features as well as the British castle and the old bell towers of Tudor architecture style.

Kinds of sculptures art and furniture boutique amplify “British sense” for The Old England Manor, especially with its location in mountains that makes people feel like being European castle Hotel.

It is hard to believe Da-Lo completed his classical British dream in Taiwan. Da-Lo was of military origin without architectural background who taught himself and led those workers to finish these British architectures step by step for nine years.

It seems to be slow for contraction speed, but the his accomplishment turns out to be foreigners surprised and ask him to build such old house abroad.

Because his younger brother is called Xiao-Lo, Luo Chih-hung has naturally become “Da-Lo.” After he graduated from high school, he renounced the Department of Landscape Architecture of Tunghai University then entered to study Chung Cheng Institute of Technology National Defense University, simply to put it, he studied the development of guns and explosives.

Perhaps it’s such devastating work that renew to his extraordinary and constructive dream. Da-Lo’s face reveals the bright darkness of youth by kissed of sunshine on Cingjing hill, his bodily fitness is the result of hard working with workers for years.

He talks not too much and always hides shyness within smiles what merely associates his appearance with the labor work. For him, the only thing to enlighten him is architecture as well The Old England Manor.

Elizabeth I was queen of England and Ireland in the last Tudor monarch. Her 45 year reign was considered a “golden period” of English exploration history. The world-wide pattern of Tudor Architecture embracing its expansive spirit as well as its formal territorial empire which indicates the dynamic of its range of cultural aspects.

The Perpendicular style is English-Gothic architecture popular during the Tudor period which keeps the vertical architectural style in the late Gothic time. The architectural characteristics compose of the cross- skeleton gables in the middle of prominent structure, and for symmetrical construction on both sides.

Slimmer stone mullions (stone window dividers) which allowed for greater area in stained glass use in order to allow a penetrating entrance for the building. In addition to the towering double-sided inclined roof which also will be two or three huge stone brick masonry chimney.

The tendency was to obtain ornamental motifs in decoration, by the application of features on a small scale, the tracery of windows being repeated on the walls as blank panelling and battlements being carved along the cornices.

Owing to the great building era that had preceded this period, ecclesiastical work consisted mostly of restorations or additions. In order to demonstrate the honorable status for the royalty, allowing for larger stained glass artistry for nobility.

Our service is dedicated to the magnificent features at that time and try to represent Tudor spirit. The Old England Manor is piled up by the orthodox Tudor style architecture for nine years, thus this splendid building where located on Cingjing Hill in Nantou, Taiwan.

The atmosphere of the Great Britain is worldwide extended during modern “Colonial Era.”

Sir Francis Drake carried out the second circumnavigation of the globe after Ferdinand Magellan. The merchants engaged in overseas trade were greatly encouraged by their government, therefore The Guinea Company and The East India Company (EIC), were established during this period.

Until the eighteenth century, the British established colonies in the east of North America. Governor and Company of Merchants of London trading with the East Indies formed company a monopoly on trade with all countries east of the Cape of Good Hope and west of the Straits of Magellan. It become the first golden age in British colonial history.

Meanwhile, Newfoundland in Canada, Nova Scotia, Six States in New England of east America, and Madras, Mumbai, Calcutta and Bangladesh in India all became the British Overseas Territories at this time.

Afternoon Tea
The British afternoon tea is hand made by our dessert master and his team with their creativity in bakery of freshness and delicacy. The order of three-tier dessert tower is from the bottom to the top; from salty to sweet, thus you will taste the flavor from light to heavy of delicious savoring in dual set menus.

The chef carefully selects the season seasonal ingredients from Taiwan, preserves the natural flavor of the ingredients and mixes unique techniques to create a new style. Taste delicious taste upgrade, the achievement of every brilliant feast.

Virginal Restaurant
Virginal Restaurant offers abundant breakfast full of energetic nutrition and romantic dinner, we change the menu with different four seasons in order to serve the freshest ingredients. Our magnificent cooking techniques will provide wonderful atmosphere and splendid taste for our quests. 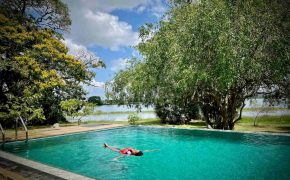 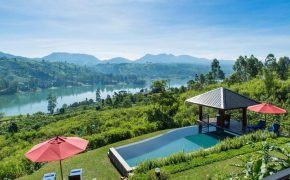 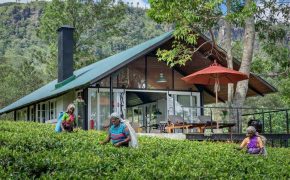