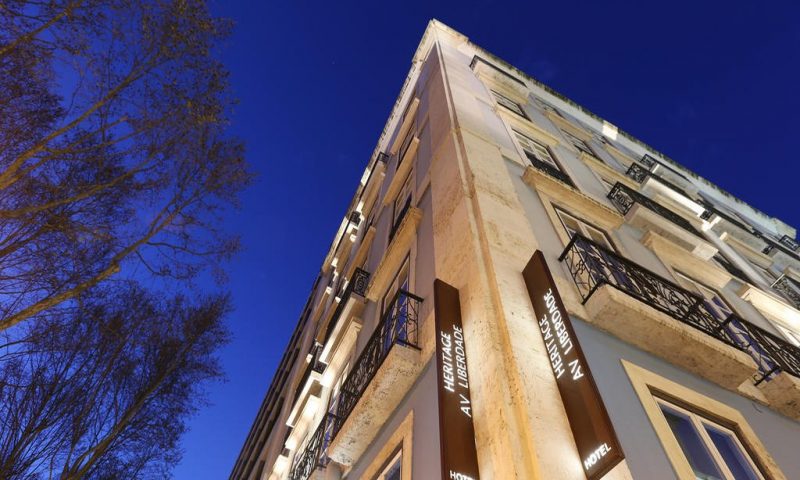 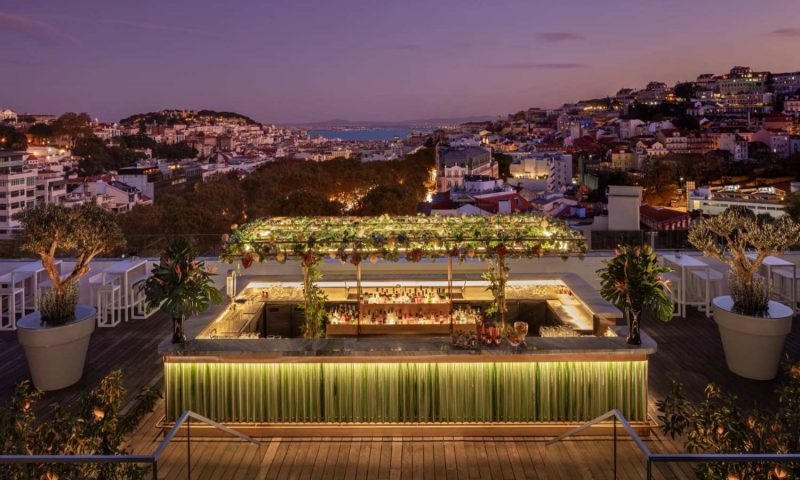 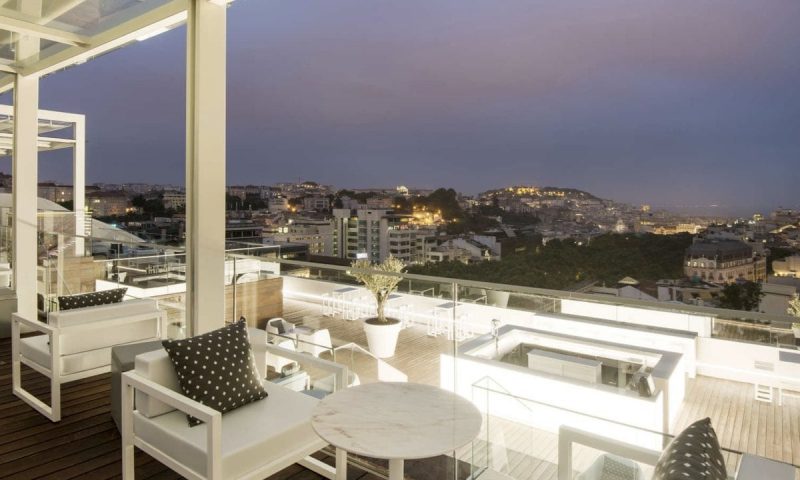 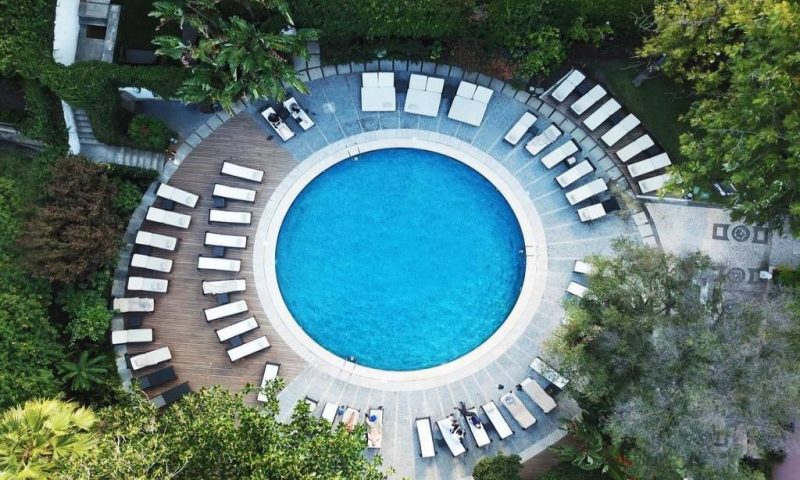 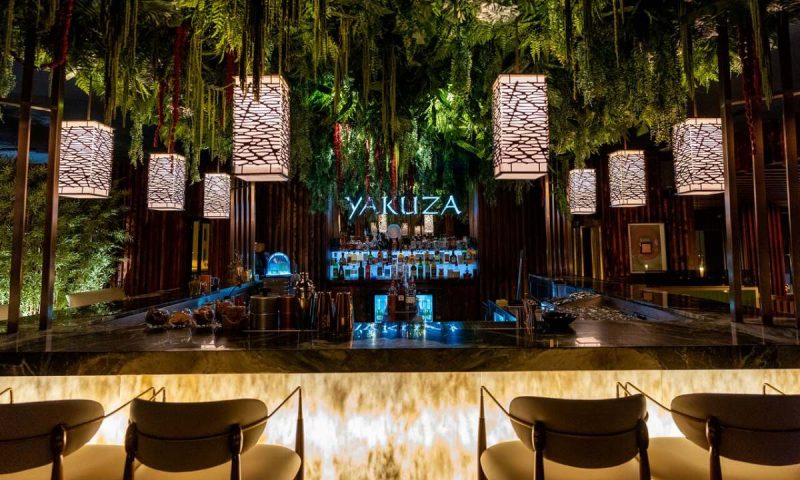 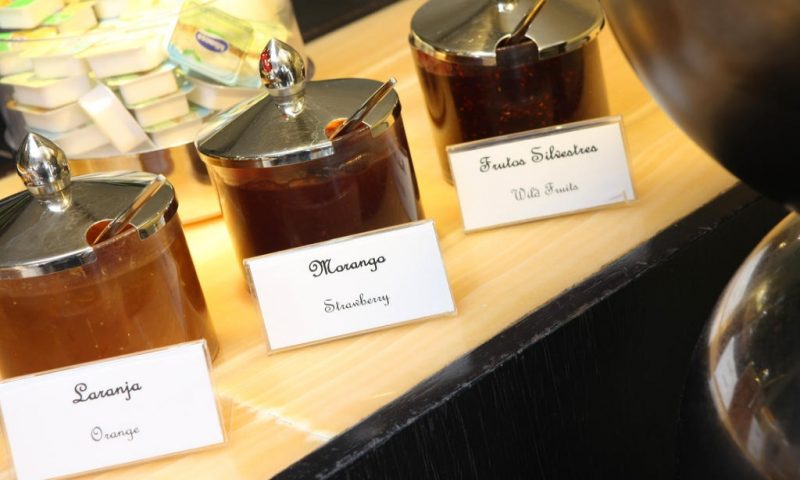 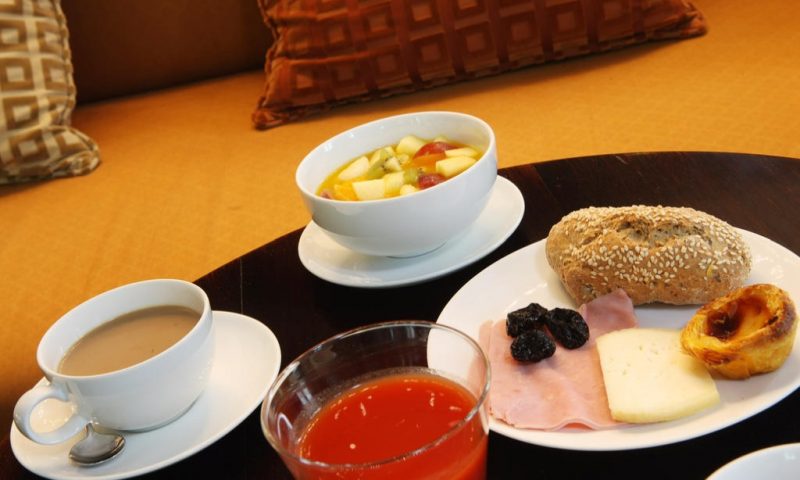 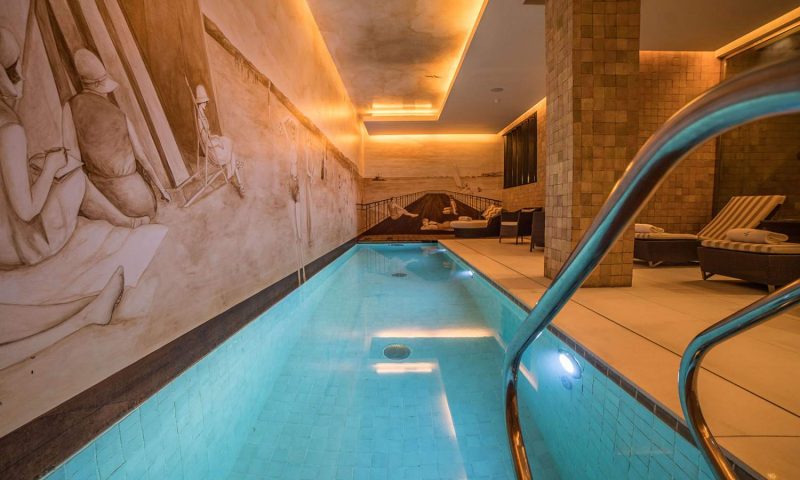 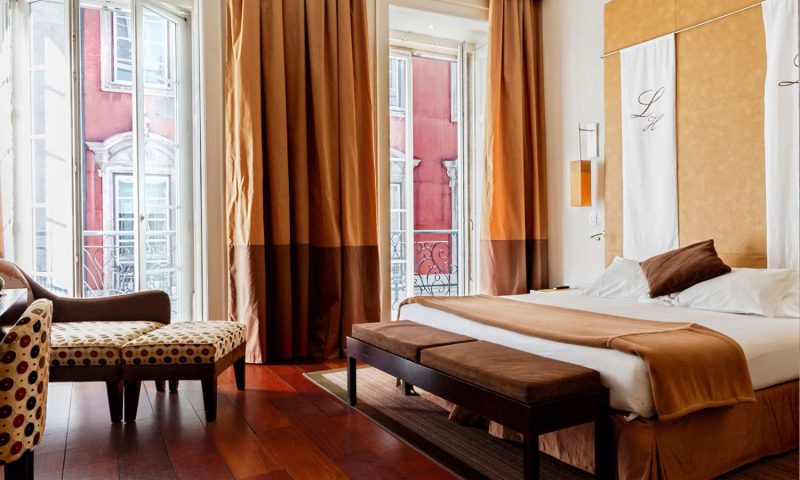 The blue façade of the Heritage Avenida Liberdade stands out in an architectonic unit on the prime artery of the capital – Avenida da Liberdade. Subject to careful rehabilitation, this 18th century building has come back to life by dint of a project of a unique nature.

Designed by Miguel Câncio Martins – whose interventions in the most cosmopolitan capitals are surprising for their daring and creativeness – the authorship of this rebuilding is expressed by the diluting of the physical frontiers between the city and the hotel.

The purpose of the rehabilitation was to keep as many original elements as possible: the 18th century façade, the ashlar, the veranda railings, the wooden main door and the shutters with their original iron work, as well as the Pombaline tiles in the interior, have been subject to detailed restoration.

In the exterior, the integrality of the architectonic design was conserved, maintaining the elegant features which characterise the Pombaline age.

Avenida da Liberdade
Lisbon’s main boulevard where all the top shops, grander hotels, banks, airline offices are located and you can easily get anywhere in the historic center. Bairro Alto is just 2 minutes away with the Elevador da Glória. Baixa, Alfama and Chiado are within walking distance.

Originally built as a public park and named as Passeio Público it was inaugurated in 1764, created by Pombaline architect Reinaldo Manuel. Avenida da Liberdade Market, sells everything from antiques to junk, every second weekend of the month.

War Memorial
Inaugurated in 22 November 1931, a tribute to the 50,000 Portuguese soldiers who fought in World War I.

Glória Funicular
Located at beginning of Avenida da Liberdade, on the Restauradores Square. The funicular opened on October 24, 1885 and since then having been carrying locals and tourists on a short trip to Bairro Alto and to the São Pedro de Alcântara Belvedere.

Lavra Funicular
From 19 April 1884, located at Largo da Anunciada, will take you to Torel Belvedere with one of the best views over the city.

S. Domingos Church
The Church of our last royal wedding and the living memory of the earthquake in 1755.

Restauradores
This large square commemorates the country’s liberation from 60 years of Spanish rule in 1640.

Bairro Alto
Dating from the 16th century it has traditionally been the city’s bohemian haunt of artists and writers. Its quiet small street during the day, are transformed at night into the city’s vibrant nightlife quarter with a all kind of entertainment and of course Fado houses.

Fado
Intangible Heritage of Humanity by UNESCO. Much more than just a song, Fado is the purest expression of Lisboa’s “soul” and Portuguese feelings, always accompanied by the solemn and melancholy chords of the Portuguese guitar. It can be heard in many restaurants and “Tascas” of the old districts of Lisboa. 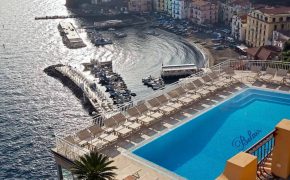 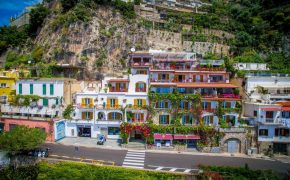 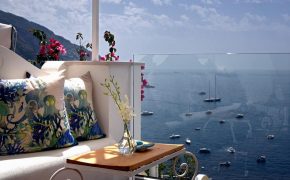